My daughter doesn’t want to talk! 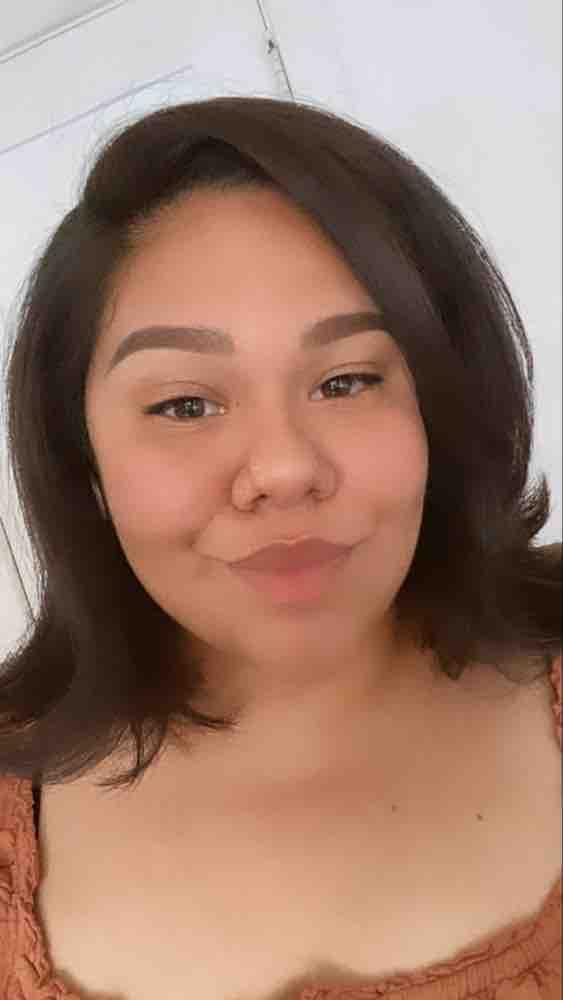 My daughter will be 20 months this month and she understands and knows what we are saying to her but the words don’t want to come out. We talk to her and tell her to say words but nope nothing. She only says mom, banana and pata (foot in Spanish) today she did say ready but was saying Duddie. She gets frustrated when she can’t talk. 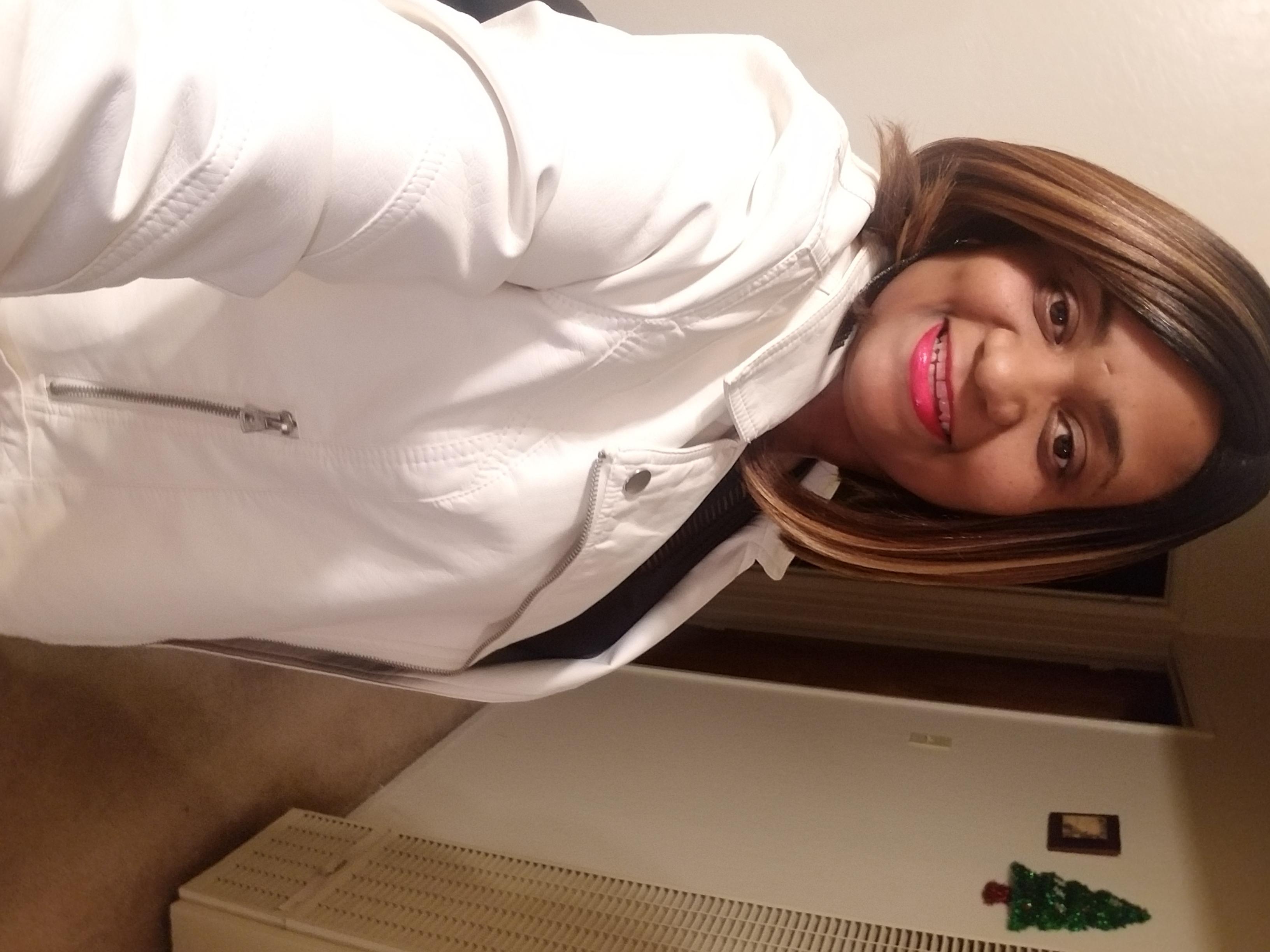 Yes I'm having similar struggles with my son he is 20 months as well. I am getting him a speech therapist. Hopefully he starts talking soon 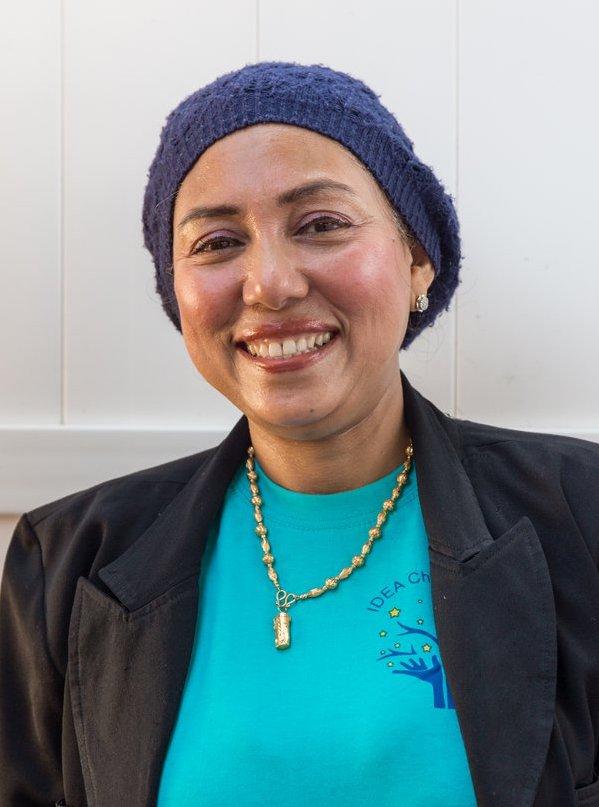 Put your child in the family childcare. When other children are talking, she might want to say words and copy what’s she heard. She is probably developing language as you said “duddie” . Soon she will correct herself.

my daughter is the same. keep with haveing repetition. and sign laguage. also singg or mouth the words in slow motion to her or go like oooouut siiide. 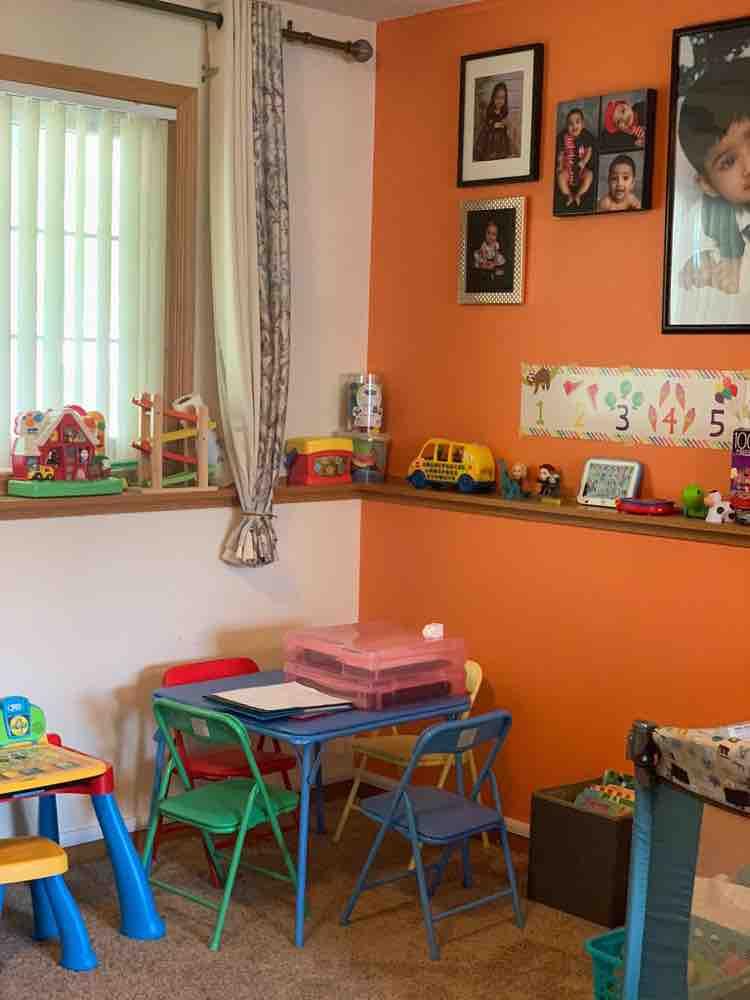 My grand daughter was the same she went through speach therapist 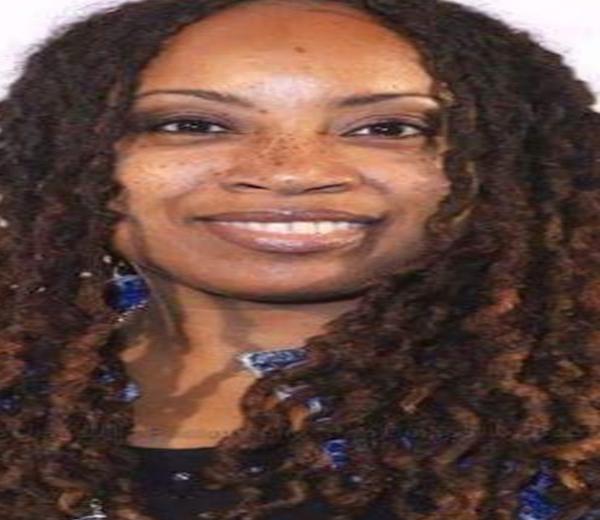 Vanessa, if a child is learning multiple languages, deciphering between languages is sometimes a process. Also, some children take a longer time to speak. Yet, if your daughter doesn't want to speak, she most likely not ready. Shobra a speech pathologist is great, especially if it continues.

Hi Vanessa. Are you willing to enroll in childcare to help with her speech and socializing (when they are with other around the same age they will start to move along) without pressure.. also what area are you located 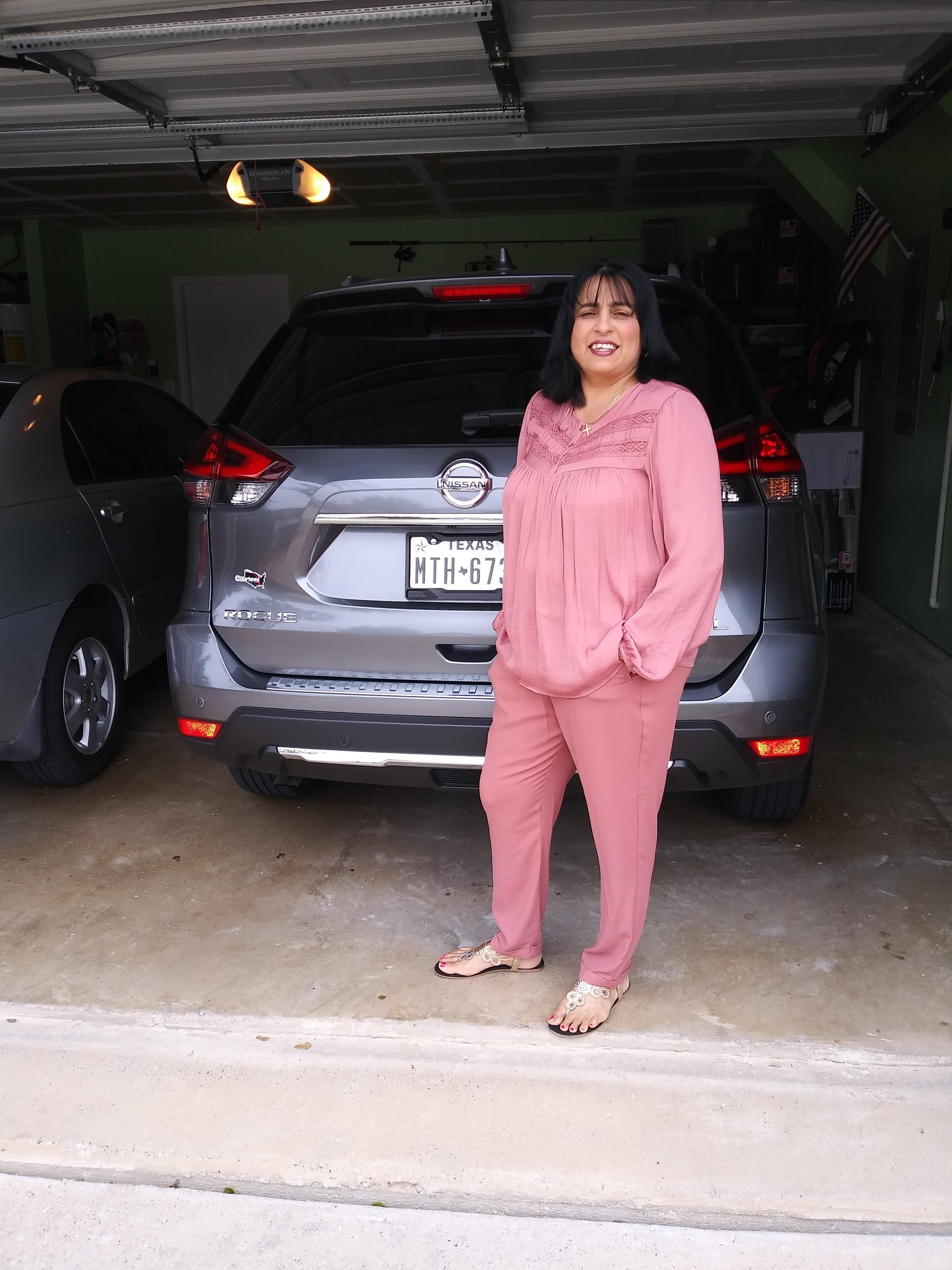 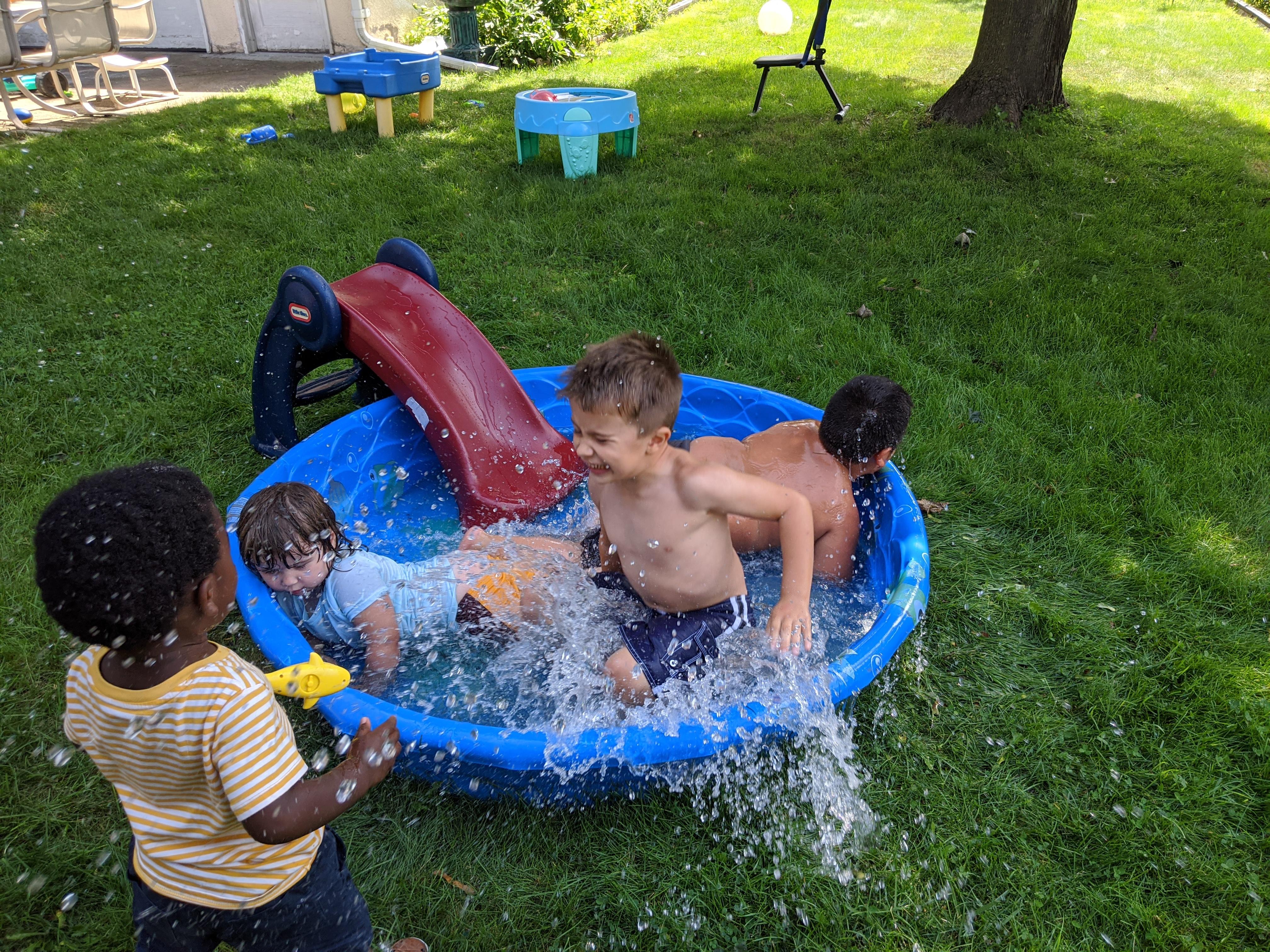 Sounds like your child is in a bilingual family learning/processing two languages. Our grandchild didn't speak till later as well but when he was ready he spoke the dominate language in the home yet understood English language as well. But for good measure, you may want to ask a speech therapist.

Hi Vanessa, you have to give her time she will talk when she is ready but in the meantime you have to keep repeating words to her and show her pictures so she can remember what the word means. My twins started talking around 2 &1/2 and at first I was saying the same thing, I was doing all I can and from no where they both started talking and now they don’t stop lol. Kids brains are like sponges so teach her all you can now. This is why daycare is important for her if she’s not in a daycare already because she will be around other kids and they will learn together. Education is very important and it’s important to start from young. Hope all goes well. If you located in Middletown NY you can contact me if you need a daycare. Hope all goes well.

She’s in child care ladies and she loves going to daycare I know that I have to do my part as a parent and talk to her as much as I can. She is very smart for her age and is advanced from what her. Teachers tell me. I’m not worried I’ll wait till she’s ready! 😊 thank you for the advice 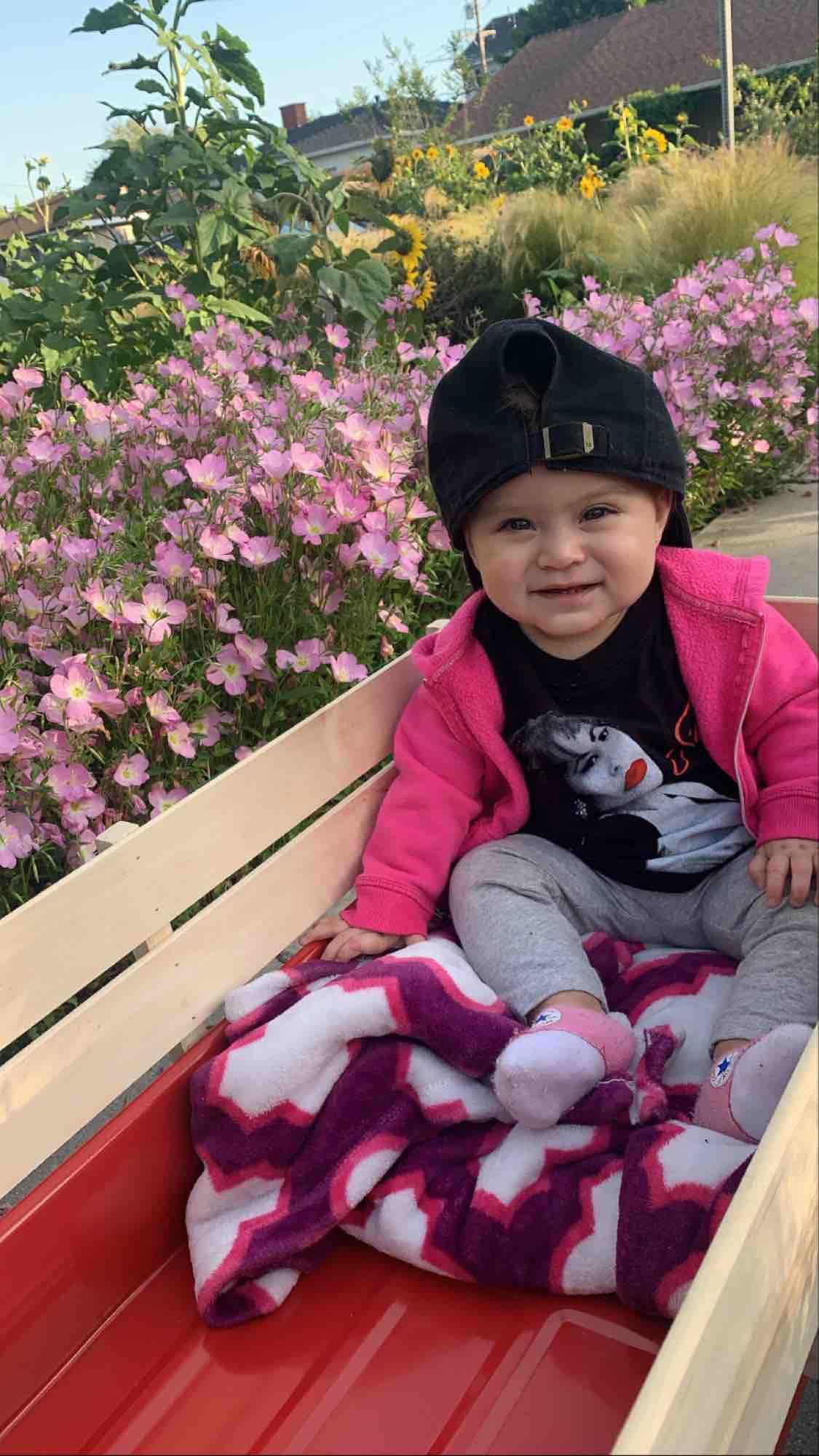 My daughter, now 27 months, was going through the exact same thing. Up until about 2 months ago that she started a new daycare with more kids her age, that she started saying at least 7 new words a week.
At the time, all I could was worry that she wasn’t repeating not one word back, however, we do speak mostly Spanish at home, some English and her previous daycare spoke mostly Farsi. And she was the only child attending. She understood everything we said and followed directions in each language but I’m sure it was a little too much for her so we chose to stick to Spanish for the moment.
I’m sure your little one will be talking in no time. ☺️ 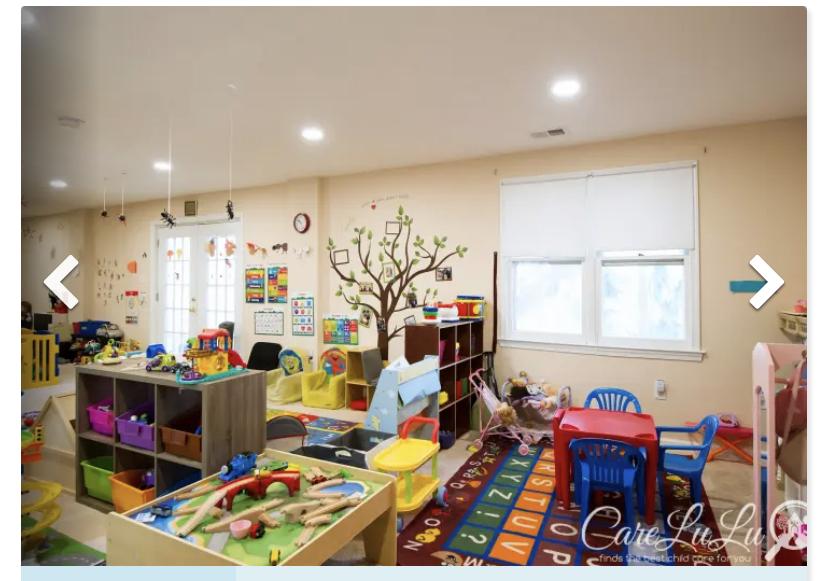 She need interaction with other kids

just keep talking to her, keep giving her words and listen when she think you're not listening. you will find she can say a lot of words. Count going up-and-down this spears colors save the colors and spell them and then say the color after you spell it. Learning is everywhere just give her a lot of words. you will find when she don't think you're listening she will say them!!!😀

Hi, I went through the same with my 1st daughter. Every child is different and will progress differently however I’m not a fan of the wait and see game after having my 2nd child and watching how effortlessly she gained language. My 1st daughter had about 10 words at 21 months and I began speech therapy 22 months. She didn’t begin repeating words back to me until 27 months. She didn’t sing until 30 months. She just turned 3 and has made a lot of progress but because she started talking so late she’s behind and doesn’t manipulate language like her same aged peers. I’m enrolling her now in daycare to help mover her along but like I said, we’re playing catch up. My 16 month old combines words, sings songs, and repeats everything you say. If I would have had her first I would have known what typical language development looked like. I wasn’t aware that my 1st daughter had a delay and that her speech wasn’t progressing normally because everyone kept saying it will come. It was never a language serge with her and I should have never waited so long. 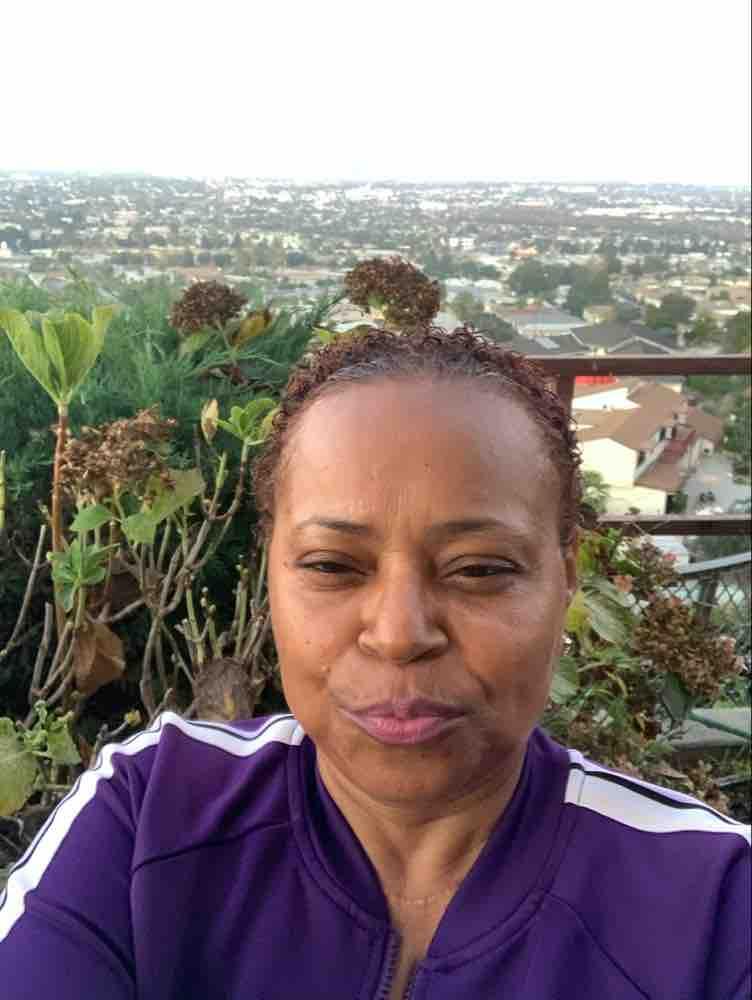 since she is bilingual I wouldn't be to worry unless it's been 6+ months since she began learning the second language. it's a good sign that she is reasoning to commands.

Music always helps! "Super simple songs" on Youtube is a wonderful program that teaches through song . My son, who has high-functioning Autism, barely spoke at all until he was about 2 years old. Getting him diagnosed and also teaching through song helped him tremendously. After he started speaking, he practically taught himself to read. Hang in there and communicate with your little one very day face to face. Every child is unique, hang in there !! ❤ 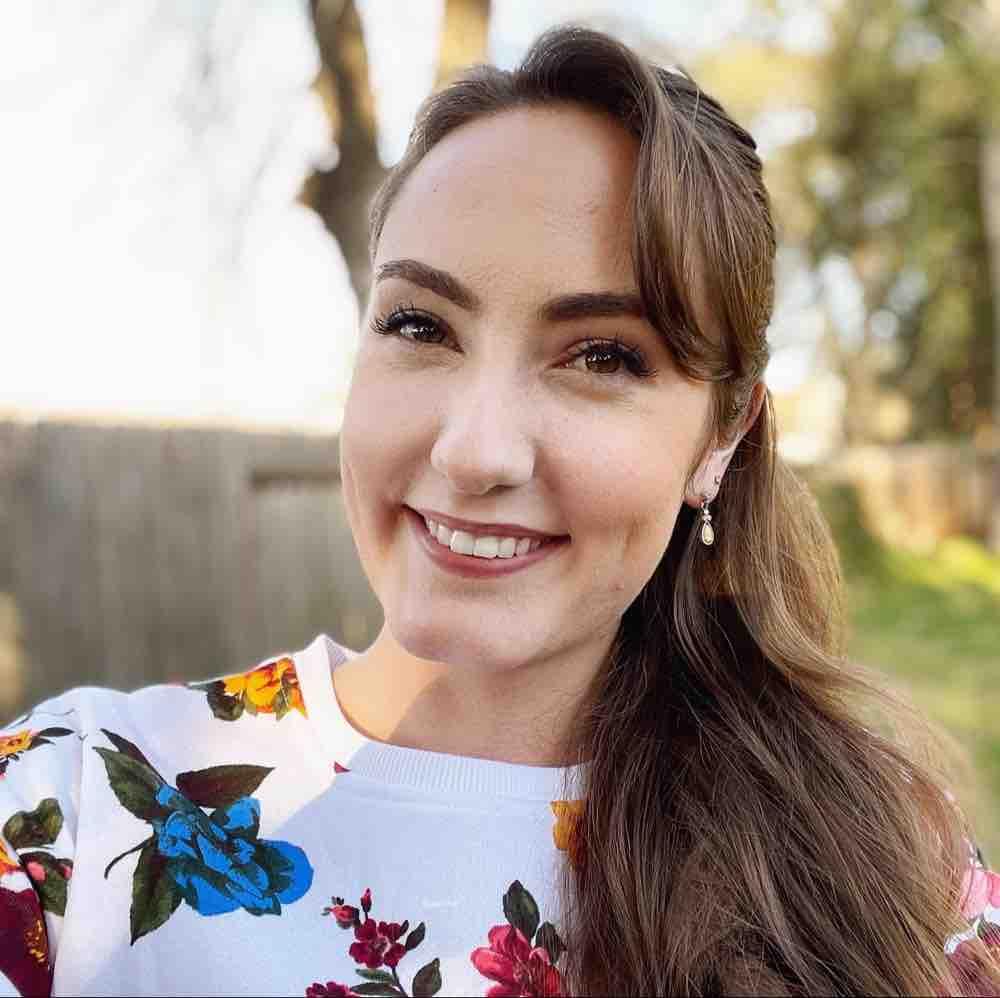 Early Start Teacher here! You can refer your daughter to Early Start through VMRC: (209) 473-0951. You can tell them that you have concerns about her speech and would like an assessment to see if she qualifies for services. If she qualifies, she would be assigned a teacher and a speech therapist to help with her language. 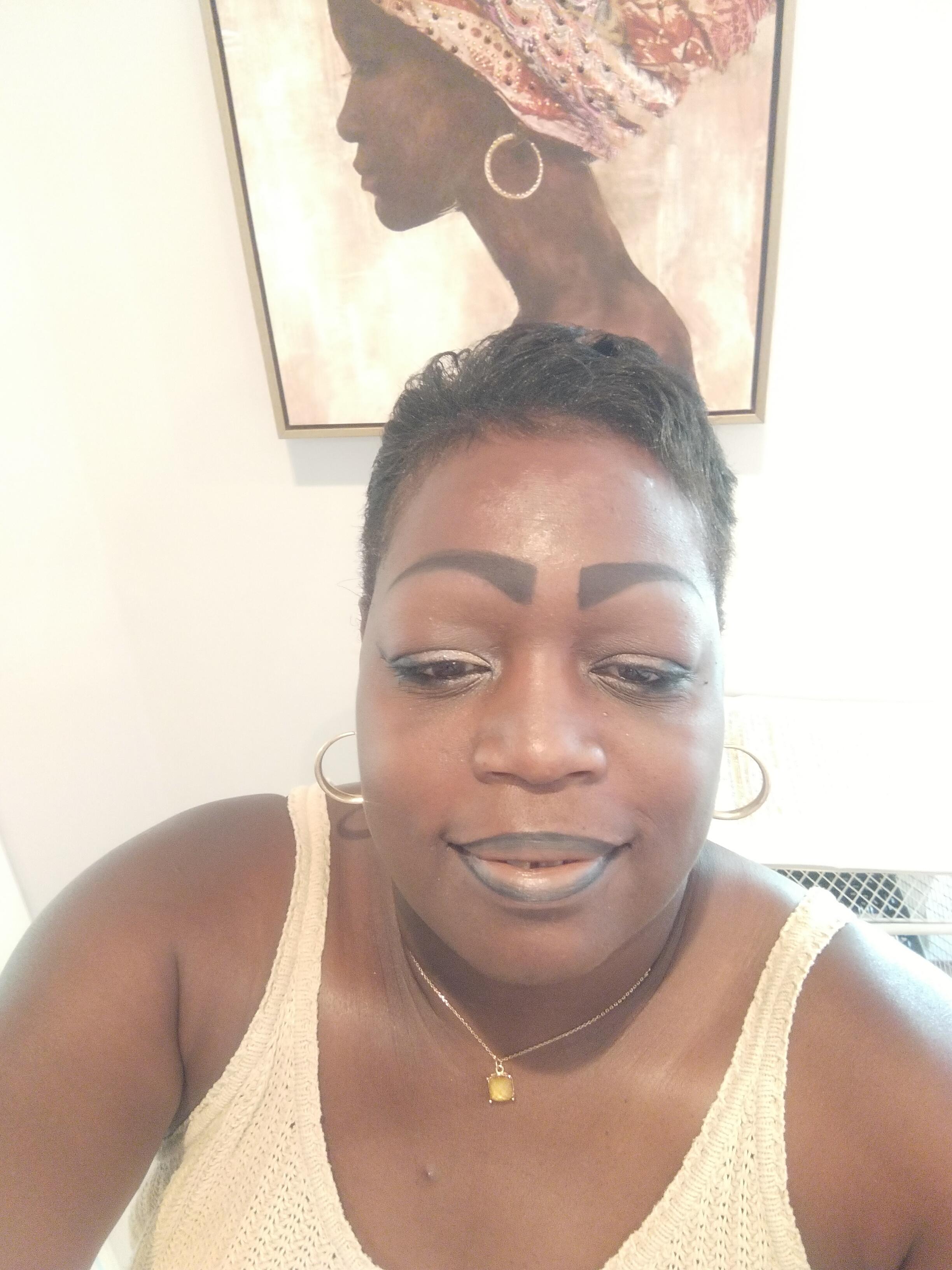 I have children in my daycare with the same issues, I have talk to my parents to see if what is they doing at home with talking to the child and if they are watching learning shows or are they reading to the child, if they are doing all these things reach out to infant and toddler program because they can really help & give you some practical ways that you help your child.

Birthday present ideas for 1 y.o. niece??
Having a hard time with my child using the phone to watch videos
My toddler refuses to put on shoes?
What to do with a picky eater?